Thousands of things come to mind when we hear about Barcelona: Gaudí's unrivaled architecture, its throbbing cultural life and a history with a large number of buildings that testify to it.

In short, Barcelona is a city that has everything you need to get lost for a few days, and even make you want to stay there forever.

If you are looking for interesting places to see in Barcelona, here we show you ten that you cannot miss. Are you coming to see Barcelona? 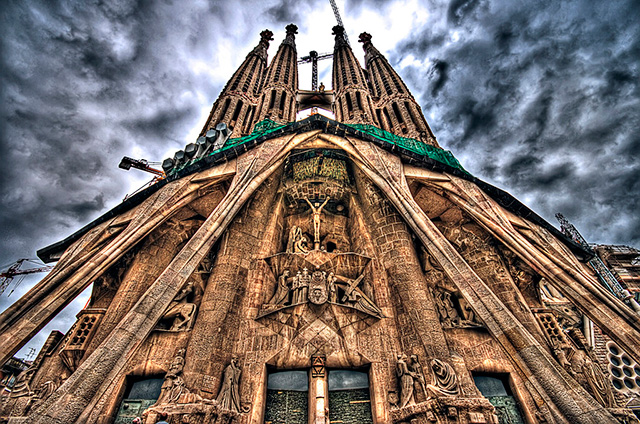 Like many of Barcelona's architectural works, the Sagrada Familia was, and still is, controversial.

For years, scholars have debated whether engineers strayed too far from the original vision of architect Antoni Gaudí, who died when only a quarter of the project had been completed.

It's hard not to get caught up in the magic of this place, which in 2026 will be the tallest religious building in Europe.

Merging gothic and art nouveau styles in an unprecedented way, the basilica also draws its inspiration from nature as its central axis.

We assure you that contemplating Gaudí's art will be an unforgettable experience. Don't hesitate and book your place on the free tour of the Barcelona of Modernism, which takes place every day at 3:30 p.m.

Gaudí may be the most recognizable face of Catalan modernism, but many of his contemporaries also left their mark on Barcelona.

One of them was Lluís Domènech i Monater, the Barcelona architect who designed the Palau de la Música Catalana, built in 1908. A place designated as a World Heritage Site by UNESCO.

This visit is included in the free tour of the Old Town of Barcelona, which takes place every day in the morning and at noon. You just have to book in advance and you will be able to learn more about the history of Barcelona.

The labyrinthine streets of this neighborhood lead to medieval squares, such as Plaça del Rei, which was the center of all noble activity in Barcelona, and the place where the Catalan-Aragonese monarchs received Christopher Columbus when he returned from the New World.

A very worthwhile visit. Also, if you want to discover the rarest finds, you have to get up early on Sunday morning and explore the Mercat Gòtic, where you can find antiques, and if you are lucky, witness the traditional Catalan dance, the "Sardana", in the square. 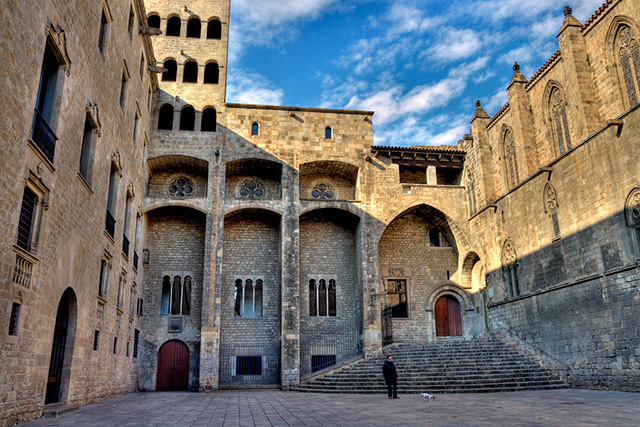 The Plaza del Rey is located in the heart of Barri Gòtic.

The steps under the arches of the Palau Reial (Royal Palace) are a pleasant place to relax and contemplate the history of this square. But for a deeper dive into Barcelona's past, you should visit the City History Museum, where you can even walk along a Roman Way.

This square is part of the tour of the Old Town of Barcelona, which is free and has two daily tours. Reserve your site and enjoy unforgettable places.

A walk through Gràcia, one of the distinguished districts that this city has, is a walk through the Barcelona of a century ago, when it was not even part of the city.

If you are interested in knowing what city life was like years ago, you should not miss Paseo de Gràcia.

Thanks to the fact that the area is inhabited by students and artists from all over Europe, it has a cosmopolitan character and a great nightlife, with cafes and nightclubs along the promenade.

If you visit the city in August, add it to the list of what to see in Barcelona, because its festivals are celebrated and you will see the streets decorated in authentic Catalan style: extravagant, imaginative and festive.

Whether you want to read quietly, go to a lively party or perhaps take a surf session, Barcelona has a beach for every occasion and type of traveler.

However, if you're short on time, the picturesque beaches and yacht-filled docks at Port Olímpic are just a short metro ride from Grácia.

A laid-back spot for a daytime stroll that is transformed at night with nightclubs like Mac Arena Mar, an Ibiza-style dance party held on the beach, and Shoko Restaurant & Lounge Club. All of them next to the Mediterranean Sea as a background landscape. 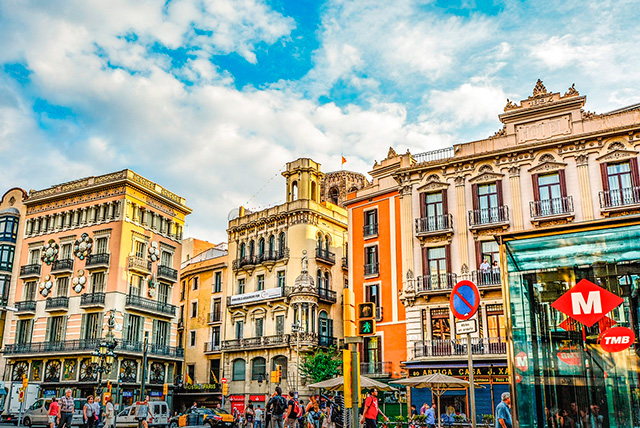 No visit to Barcelona would be complete without a stroll down Las Ramblas, the wide, shaded boulevard that would run through the heart of Barcelona from Plaça Catalunya to Port Vell.

Whether you're taking in a street performance, strolling under the trees, or people-watching from a terrace, there's never a dull moment here.

To get a bird's-eye view of all the action, you can finish your route on the Ramblas, at the 18-story lookout point of the Columbus Monument, from where you can contemplate the entire city and the sea that surrounds it.

L'Eixample, which means "the extension" in Catalan, was the brainchild of Ildefons Cerdà who widened the city far beyond the old town.

As one of the largest and most planned neighborhoods in Barcelona (from above, it actually looks like a perfect grid), l'Eixample has a lot to offer visitors. From modernist architecture to markets and museums and beyond, here's what to see and do.

In the neighborhood you will find the Paseo de Graciá, the Mercat dels Encants Vells, the Museum of Catalan Modernism, among others.

Getting lost here is a delight, and it is the origin of what is now Barcelona. 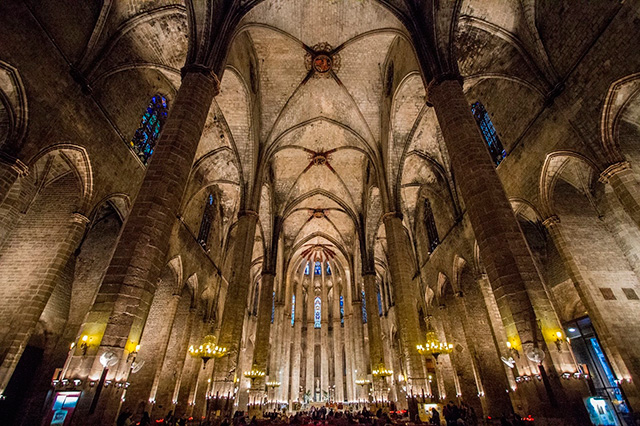 To gain insight into the antiquity of the basilica of Santa María del Mar, and into Barcelona's architectural tradition, consider that each pebble used in the construction of the church was dragged one by one from the nearby mountains by common people.

When the project was completed in 1383, 54 years after the foundation stone was laid, citizens marveled at what they had created: a soaring Gothic temple accented with vivid, light-illuminated stained-glass panels.

Much of the original structure remains today, despite interior damage, resulting from an 11-day fire during the Spanish Civil War in 1936.

This is the best meeting point in the city. It is right at the bottom of the elegant Passeig de Gràcia and at the top of Las Ramblas.

It is the place where people wait for friends at night for a drink, or as a tourist, the starting point for a day of shopping.

Barcelona's most iconic branch of El Corte Inglés is right here, and if you're new to the city and want to get your bearings, you can go inside to pick up a map.

¡Discover our tours in Barcelona!

What to see in Madrid de los Austrias: Fusion of Culture and Gastronomy

DISCOVER ALL OUR DESTINATIONS